History of our Club

Home › Club › History of our Club

History of our Club

It was born from an idea shared by George Clark and Harold Atkins in 1954 after attending a curling party hosted by the Royal Canadian Legion at the St. Anne de Bellevue Curling Club.

The first planning meeting was held February 20, 1955, in the office of the South Shore Echo, a local newspaper managed and edited by Harold Atkins. This was the first of many meetings, each one attended by more and more enthusiastic supporters of the idea of a curling club in St. Lambert.

It was at a General Meeting held March 14, 1955, at City Hall that the Club took root and a provisional Board of Directors was formed, with Bob Brown as President. These founders got to work quickly. With the help of many volunteers they tackled the job of financing the project, selecting building plans, finding land, recruiting members, writing a constitution, etc. The building plan selected was patterned after the Cap-de-la-Madeleine Curling Club. It allowed for three sheets of ice; a two story clubhouse and locker rooms in the basement.

In 1966, a new entrance, cloak room, office and washroom facilities were added and the locker rooms enlarged.

In 1989, a second extension to the clubhouse added a cold room and enlarged the kitchen facilities. 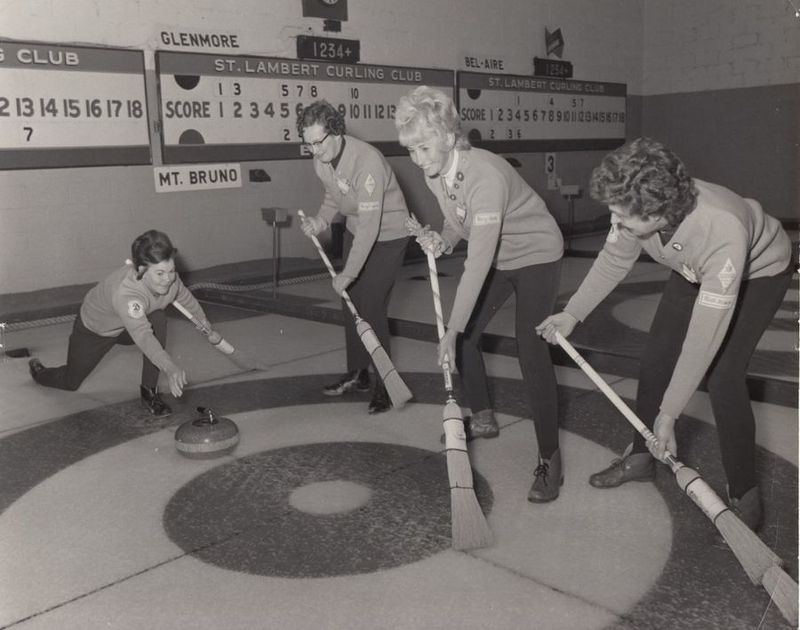 The St. Lambert Curling Club is also well-known for its annual Curl-In, held for the first time in 1969. This unique multi-category competition is organized in the Fall of each year, and attracts hundreds of curlers from Quebec and beyond. The Curl-In has been held without interruption since its launch (except for a pause in 2002, year of the fire).

The Club also plays an important community role. Ice time is provided to the high schools’ league. During the 1998 ice storm that struck Quebec, the clubhouse was converted into a command post for rescuers.

On January 3, 2002 the St. Lambert Curling Club was destroyed by an accidental fire. A building that many considered their winter home and forty-seven years of history in the form of pictures and trophies was gone. The clubhouse was completely destroyed and the ice shed was damaged by smoke and water. (http://www.tvanouvelles.ca/2002/01/03/le-club-de-curling-de-saint-lambert-rase-par-les-flammes)

In the spirit that is well known within the St. Lambert Curling Club the members carried on. Curling continued due to the generosity of Town of Mount Royal, Montreal West, Royal Montreal and Mount Bruno Curling Clubs. Social events were held at the St. Lambert Golf and Lawn Bowling Clubs. The members were determined to rebuild the Club. The Board of Directors and subcommittees, accepted the task of settling the insurance claim, designing the new clubhouse, planning for refurbishing and fundraising.

The desire to rebuild was formally endorsed at the Annual General Meeting held in April, 2002. Construction was started in August, 2002. Members toured their new Club prior to the Semi-Annual Meeting held November 28, 2002. Curling began in the new facility in December 2002, and the Club officially reopened in January 2003. 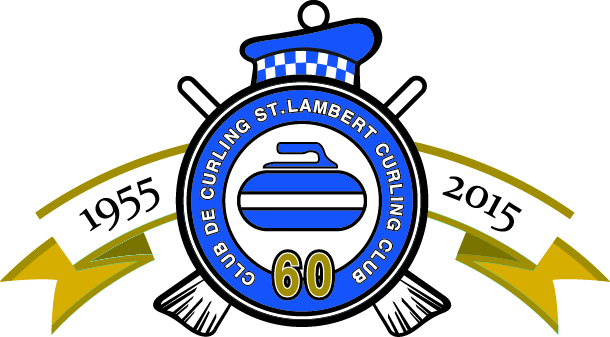 During the 2005-2006 season, the Club organized several events to celebrate its 50th anniversary.

During the 2015-2016 season, the Club will organize events to celebrate the 60th anniversary.